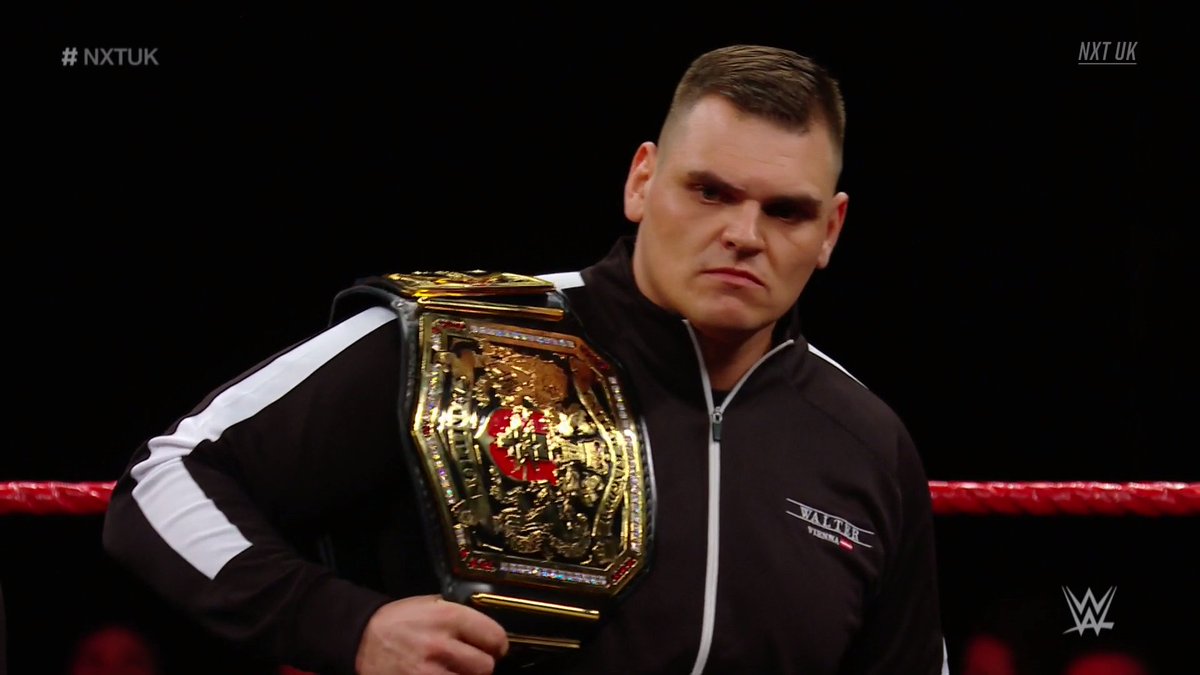 The WWE UK Title has been officially rechristened as the WWE NXT UK Title.

The only real change to the title is the WWE logo being replaced with the NXT logo in the center of the main plate. There's also been talk that the center plate is larger on this title.

Fans chanted "you deserve it!" as Saint presented WALTER with the new belt.

"Thank you," WALTER said to Saint. "Thank you, and I'm grateful that you're finally listening to me, and you're finally disposing of that title that got polluted by the hands of Tyler Bate, and even got polluted by the mouth of Pete Dunne. From now on, the NXT United Kingdom Championship is the greatest prize of European professional wrestling, and it takes a champion like myself to give it the respect it deserves."

As noted back in December, the original WWE UK Title belt was stolen during a "smash and grab" theft on WALTER's rental car in Chicago. His passport was also stolen. There's been no word on the belt ever being recovered.

Below are a few shots from today's NXT UK opening segment on the WWE Network:

They are IMPERIUM and they are kicking off today's #NXTUK! pic.twitter.com/Y7ke0OJWW5

#Imperium is in attendance for the unveiling of the #NXTUKTitle! @WalterAUT is looking good with that CHAMPIONSHIP! pic.twitter.com/j1YATE1ZHu