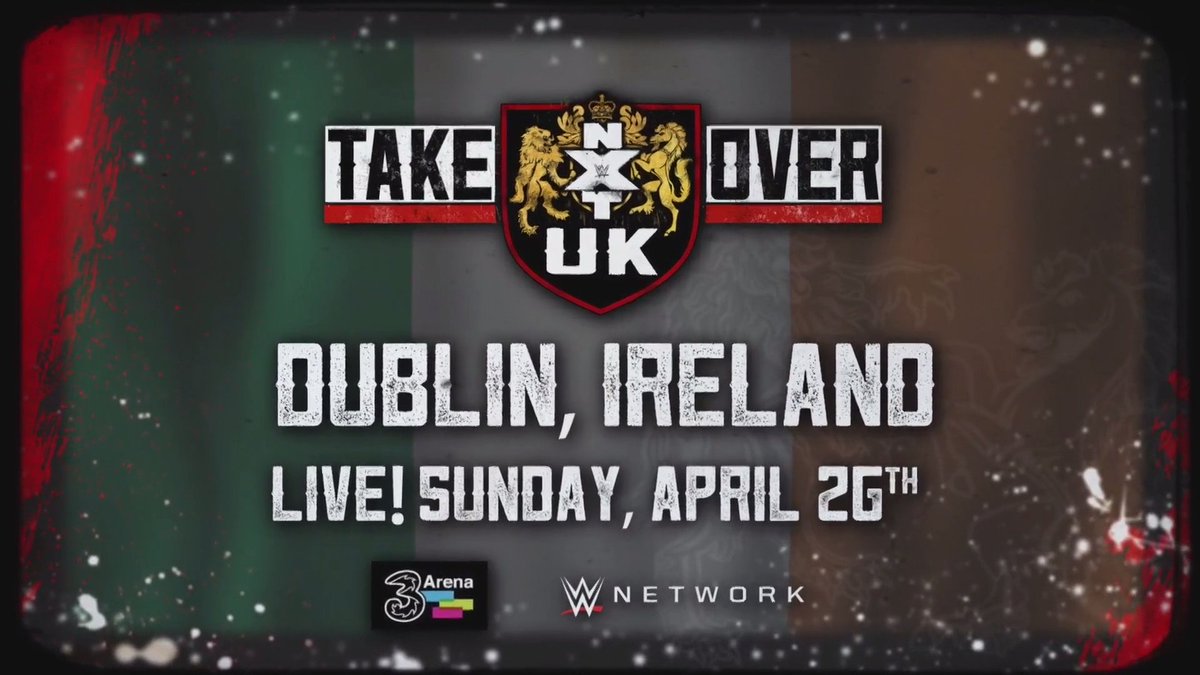 The fourth WWE NXT UK Takeover event has been announced for Sunday, April 26.

NXT UK "Takeover: Dublin" will air live on the WWE Network from the 3 Arena in Dublin, Ireland that night.

Stay tuned for updates on the next UK Takeover event. The brand previously held two specials in Blackpool, England, and one in Cardiff, Wales.